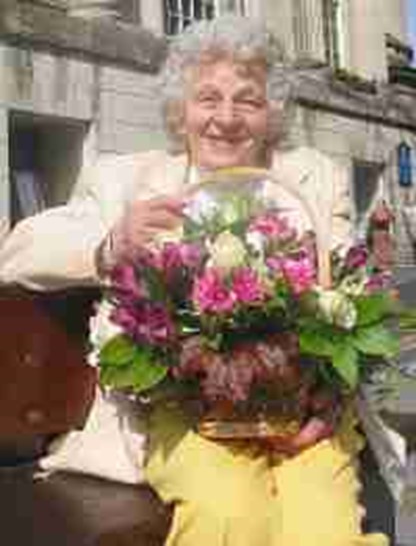 Marjorie Phelps MBE always had a real heart for people, especially those in need. At the request of a friend, she got to know  a former inmate from Gloucester prison who came to Stroud. Through her contact with this young man, she got to know others in a similar, marginalised position and began to invite them to her house for something to eat. In the 1990’s she would walk around town, with bags of food, and hand it out to anyone she thought looked in need.  Her church, Stroud Baptist, recognised the need for help and agreed that they would get together a team of people from different churches ready to offer support on a more official footing. The service grew and in time Marah became a registered charity.

What is in a name?

We are a Christian charity and the name comes from the book of Exodus 15:22-26

Marah is one of the locations that was travelled through by the Israelites, led by Moses, during the Exodus. The Israelites set out on their journey in the desert but after days of walking found no water. When they arrived at a place called Marah, they found a well of bitter water which could not be drunk. It is written that the Israelites grumbled against Moses asking, ‘What are we to drink?’ Then Moses cried out to the Lord, and the Lord showed him a piece of wood. He threw this into the water, and the water became sweet and fit to drink.

We have taken this account to mean that Marah is a place where the sometimes bitter experience of life can be set aside, and the sweetness of food, drink and company can bring respite. So, when a group of people from the local churches in Stroud decided to help those suffering from life’s bitter experiences, they chose the name ‘Marah’ back in 2001, and in 2006 it became the registered charity Marah Trust.