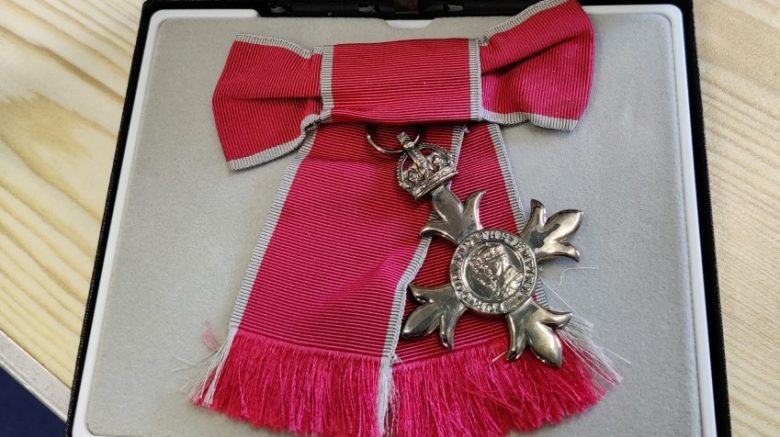 Marjorie Phelps’ compassion for people struggling with drug and alcohol addition, mental health problems, homelessness and loneliness led her to become one of six members of the John Street Baptist Church to set up Marah in 2001. As a result of her great commitment she was awarded the MBE in 2005 for services to the community. Following her death in 2020, her family decided to donate the medal to the charity and on passing the medal to us, Chris Phelps, her nephew, commented ‘Marjorie would have been proud to see how the work she started with Marah has developed’. Marah Chair, Jackie Natt expressed our honour at becoming the custodians of Marjorie’s MBE.